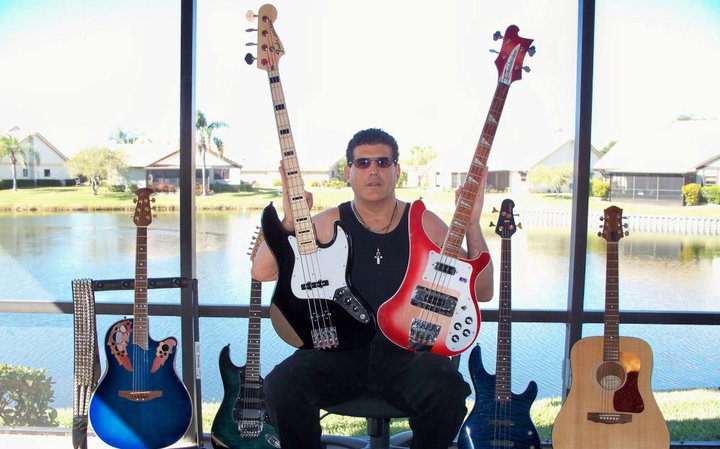 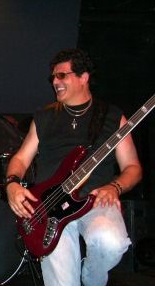 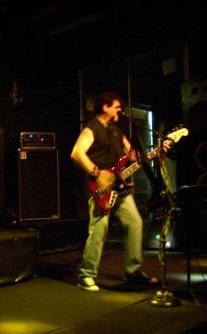 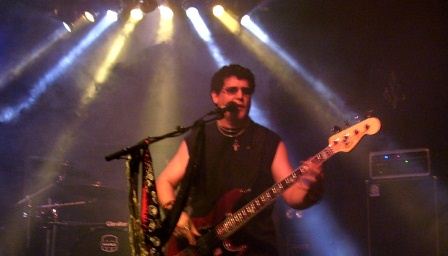 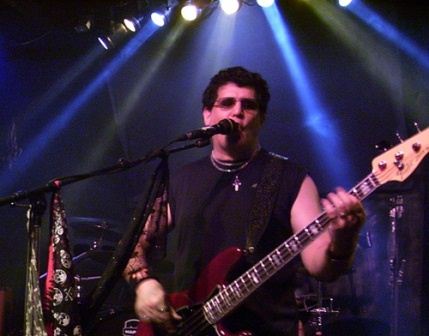 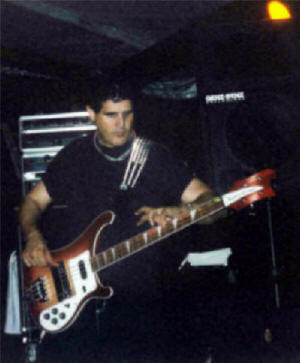 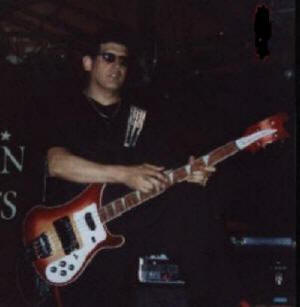 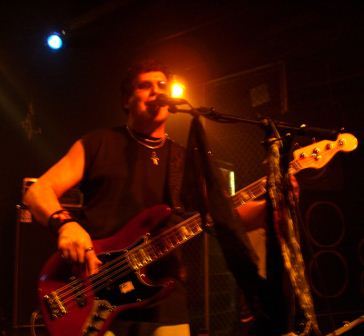 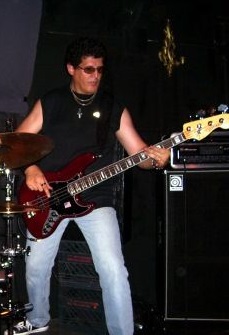 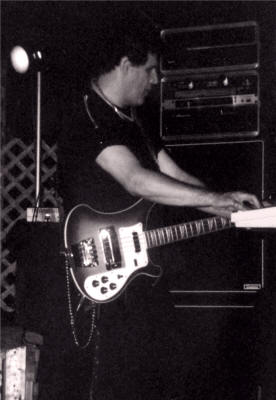 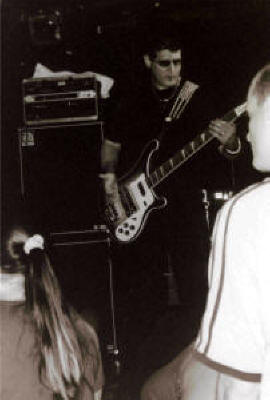 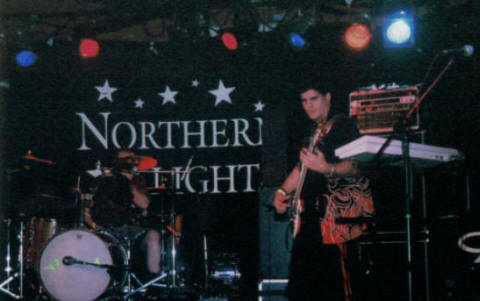 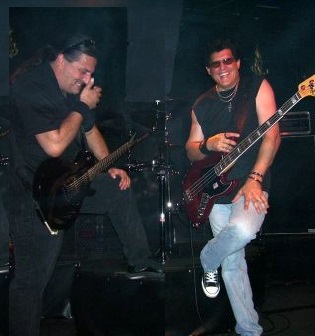 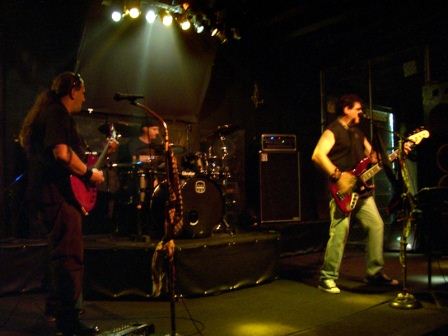 This Biography of Gary, represents his many years of experiance. From the very beginning's and makings of being a musician, as well as the personal growth he has experinace durnng that time and all the wonderful people he has met along the way, whom have all added immensely to the wonderful journey of his life, as he speaks over and over again, of his love and graditude for all his family and friends. He feels truly blessed and if you would like to now know more about that journey, please feel free to read on...

In the beginning... from the time Gary was a baby, to a rebellious teenager and beyond... Gary's Father Richard J. Payne Sr., who is now retired after working for 36+ years in the manufacturing of records at Decca Records and after 3 mergers, which then became MCA, and is now known as Universal Records. His father would bring home all types of music in the form of 33's and 45's, helping to fuel Gary's insatiable

appetite for music and unknowingly in part; influencing him to become a musician. so it began...

Gary's musical career began learning how to play guitar at the early age of 8 years old on his first accoustic guitar. During those formative years early on; he began to discover his own natural creative talents. Always wanting to learn more about all aspects of music; He then became also interested in drums at the time.

At the age of 12; Gary was trained early on as a drummer and became a member of local marching bands, such as The Trinity Cadets. He studied from instructors and learned basic music theory, different rudiments, street beats, playing and learning on various drums such as a Snare drum, Tenor, Toms, Bass drums, and Triple toms; marching in many competitions, events and parades.

Gary at the age of only 14; was the first and a founding member in which he then formed a complete drum line for the Fulton County, NY Drill Team; which 3 of his 4 sisters where members of.  They needed a drum line for their all girl drill team, which had only flags and rifles. He began by playing simple street beats on a snare  drum to help the drill team keep time as they marched. He was very  motivated, being the only boy amongst all those girls... then he got 6 more of his friends to join and help form the drum line and share in the fun... fond memories; I'm sure...

Gary's sisters also kept urging him to audition for the school choir. He decided to audition. He was then told by the instructors of his natural ability for pitch and tone. He was asked to join the school Choir. So he did. He was the only male soprano for three years in the  school choir. There he learned all the fundamentals. Gary also studied and trained under two formal private professional voice instructors all thru high school.

During that time; he lost interest in playing the  drums. He decided to continue playing guitar and singing instead.

During his High School years; He also formed and played in a 4 piece rock band called Trojan. Gary was the lead vocalist and guitarist for the band; playing at dances; parties and at various high schools in NY state.

After High School; Gary then enlisted in the US Navy. During his recruit training; he auditioned and played as a snare drummer for the United States Navy Marching Band in Great Lakes, Illinois where he performed at ceremonies and parades in Chicago representing the US NAVY. After boot camp; he was stationed in Orlando, Florida for his Naval school training and then spent 6 more years in the military working in communications and computers systems where he was stationed and served aboard the largest Aircraft Carrier in the world during that time,

During his time in the military; he formed a 5 piece band called “PHANTOM” playing aboard the aircraft carrier. He spent his free time, when not on duty, playing and entertaining 5000 shipmates in the hanger deck when they were out to sea. When the ship would return to port at Pier 12 in Norfolk, Virginia; all the jets where cleared off the flight deck and flown back to the naval air base. The band would then play on top of the flight deck, which was 4 and a half football fields long. What a stage that had to be!

After the Navy; He went to college for his computer degree. He then went back to devoting himself to studying music, playing, writing lyrics, and being a vocalist. Gary's real true love is for melodic guitars and rich vocal harmonies.

Gary's playing abilities are built and based upon life experiences over the years. He has developed an impeccable sense of timing and the appreciation for the creative process; along with a combination of his own natural creative talents.

But of course, to all who know him, Gary's all time favorite and his biggest influence is without a doubt RUSH - Geddy Lee, Alex Lifeson,  Neal Peart. Gary has had some personal experiences with RUSH. Gary's  philosophy about life, and music run parallel with the belief's, music,  and philosophy of RUSH. Interesting enough, Geddy Lee and Gary both share the same first and middle name.

Geddy Lee's real name of RUSH is Gary Lee Weinrib. Hmmmmm... a cosmic connection; or just pure coincidence? Gary had brought up the similarities of their names to Geddy Lee at the time when they shook hands for the first time.

Gary first met the band members personally in RUSH's hotel room at The Four Season hotel in Houston, Texas in 1984 during their Grace Under Pressure Tour. Gary's brother Rick, made that happen for him. It was a Birthday surprise for Gary. During which time Gary and Rick where living in Houston, Texas. Geddy Lee gave Gary five backstage passes, after signing autographs for him and made Gary swear to secrecy

about the location of where RUSH was staying at the hotel. Ask Gary about it if you see him. He enjoys sharing that experience with other people. Gary is a very big long time fan and a friend to RUSH.

Gary also has a great deal of very rare RUSH memorabilia in his collection; quite likely one of the largest known collections. Check out the link on the website coming soon, which he will have various pictures, memorabilia, and personal moments with RUSH. It most likely will be call Garys 2112 RUSH Wing.

Gary is a long time veteran to the music scene. He has been around the block when it comes to the music business. Through the years, he has come close to making it big a few times however, he understands the difficulty that comes with trying to keep three or four members of a band together, long enough to see a big stage or a record deal. Like the lottery; a dollar and a dream has helped to keep his feet on the ground; with his heart always soaring.

Gary has toured and performed all over the Northeastern United States and down the East Coast to Florida,  as well as the Virgin Islands, Bahamas, The West Coast - California, then  Texas, along with a small tour in Canada and Europe. It becomes quite apparent that Gary loves the music business and loves to perform, travel and tour.

Gary's extensive performance credits extend from on stage and in the studio throughout  the 70's, 80's, 90's and now the 21century; with such bands as the ubiquitous White Stallion, a band which  he personally founded and managed. After a few months of negotiation with a major record label, the band found their differences and  dissolved. Gary was also a member of the Surf Dawgs for three years during 1993 thru 1996 at that time; a very well known band throughout New England and Canada. They too disbanded and went their separate ways.

Gary was also a founding member and tasked with managing his rock bands he formed with names like Genetic Leap, FireFox, Aurora, Naked Ape, Critical Mass, Destiny, Mindesign, and Viper. The band Destiny; was also a very well known band throughout the Northeast and Canada; which was managed by himself and Tony C. Associates. Unfortunately the band Destiny too disbanded, after losing a long time friend and guitar player.

In 1999 Gary was recruited by a band called Crusade in Tampa, Florida. Gary then decide to relocate and purchased a condo on the Gulf Coast 3 miles south of Clearwater beach just outside of Tampa, Florida. Once there; Gary again became a founding member of the band Crusade. Gary spent time working in the studios on original music along with a sound track for an upcoming vampire movie in Tampa, Florida. The band Crusade was a short term project. After those projects and having traveling back and forth up and down the east coast; Gary returned once again to Albany, New York in 2001.

Upon Gary's return to Albany, NY, he became a founding member with another original band called THE REDLINE. Most of the time they would only performed as an opening act for National touring bands such as Shinedown, Three Days Grace and other modern national rock bands. When they were not doing that; They could be seen locally in the Albany, NY area headlining their own shows with other local bands who opened up for them, as well as doing interviews on local radio stations. They would spend the rest of their free time working in the studio to complete a new CD.

As destiny and fate would have it... and because of Gary's  personal philosophy and his experience in the music business; Gary felt that THE REDLINE was not his path to follow. After spending two years with THE REDLINE; Gary had made a personal choice to disbanded and to go back to his original plans, working once again on his own personal projects, which have been on the shelve for several years; and to spend more time with his original band Mirror Of  Fate...

A new chapter and journey in life has begun for Gary, as he follows his own path once again...

In May of 2005 he has relocated to Venice, Florida to get away from the freezing cold season and harsh winters of the north east, and is now devoting his time, talents, energy, heart and soul, to which has notably become an integral part of Mirror Of Fate. A long over due desire, which he has put on hold far too long. With a strong heartfelt belief in himself, a passion for vocally rich harmonies, his melodic song writing abilities, and musical talents; have all now led up to and helped form his original band Mirror Of Fate.

In addtion to the orginal band Mirror Of Fate and on the lighter, FUN side, Gary also plays in the cover band "The Stumble Bums" whom Gary and George Meladinov have founded and formed together since 2010, as an outlet for many of the songs they both grew up on and enjoy playing and sharing with the many tourists and clubs thru out Florida.

Onward then; as he too looks into the Mirror and follows his own fate into the future... Who knows what the future may hold; but his direction is clear... lots of living, loving, fun and playing in the sun...