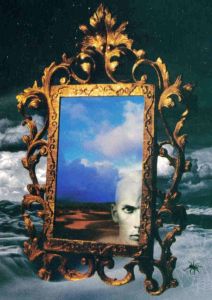 Who are these crazy Stumble Bums you might ask and how did they come by the name Stumble Bums... well...

They are also both original members of a rock band, called MIRROR OF FATE, which plays all original music known throughout the Northern / Southern Eastern US. They realized that being in an all original band, also restricted them to playing only at venues for original music; (most of the time for free).

Figuring that they could have the best of both worlds, playing original music and cover music shows under one band name, as well as making more money doing both types of shows. Great idea! However, what they did not factor in, was the fact that they both now live in Florida, in a very tourist driven area...

They seemed to be assuming that they were a "Goth Band", "Heavy Metal Hard Core Band", "Death Metal Band" and even a "Religious Band"... This of course doomed the idea of using the MIRROR OF FATE band name for doing cover songs, in a cover band, in the clubs and venues they were targeting to play at.

The band name MIRROR OF FATE, was great for the original band, however; it was not working for the cover band name in this particular market area.

That of course did not stop them... For those that know Gary and George, they both have a huge sense of humor and always relentlessly kidding around and busting on each other and or on others, all in the name of fun... They are as close as any brothers can be; which leads up to naming their cover band, so that they can continue playing and sharing great cover songs to a broader area in the tourist market, which they both love to play as well.

Gary one day started calling George a "Stumble Bum" and George really liked the name... ;-) So... they decide to try the name out on various family members and friends and got the desired reaction they had hoped for... As soon as people heard the name of this new cover band name "Stumble Bums", they would get a big smile on their faces and laugh! Perfect results!!

This new name would be ideal for the cover band and the tourist market here in Florida. The people, clubs and venues were now much more receptive to us and not so "spooked"! We were marketable again as "Stumble Bums" a cover band and could also still be the alter ego of MIRROR OF FATE, as well playing original music in that band. A win win for everyone!

So... We are Stumble Bums! Come check out all the great cover songs we love sharing and playing just for you!

Coming to a stage near you...